Welcome to the December 2013 Marpa Monthly Update, letting you know about events, volunteering opportunities and more at Marpa House.

Meditation Practice Day Sunday 1 December – 10.30am and 2.30pm The Calm Abiding meditation sessions will be led by Hartwin Busch. Hartwin first met Chime Rinpoche in 1977 in a small hall off Oxford Street. He had expected a person in somewhat exotic Himalayan attire – instead there was this suave gentleman in a brown pin-stripe suit. And what Rinpoche said was even more disarming: “If you have a hang-over after drinking too much, don’t waste time feeling guilty – just drink less!” Of course Hartwin was hooked and has been a student of Rinpoche’s ever since. The Meditation Practice Day is ideal for beginners as well as the more experienced practitioner. It is a wonderful opportunity for the Sangha to practise together and to spend a day in the tranquility of Marpa House. Free of charge but if you would like to have lunch (£5), please let the Secretary know. 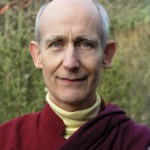 Lama Alasdair Talk on the Three-Year Retreat Saturday 7 December – 10.30am and 2.30pm and Lojong Sunday 8 December – 10.30am and 2.30pm Course fee: £5 per session
Lama Chime Rinpoche has asked Lama Alasdair to speak about the traditional three-year Shangpa Kagyu retreat that he did under the guidance of the previous Kalu Rinpoche. Lama Alasdair will talk about the practices he did in this retreat and also about his experience of it. On Sunday he will take a look at the many different forms of what are known as Lojong or Mind Training/Transformation practices which are normally thought of as the Seven Points of Mind Training. Please contact the Secretary to book your accommodation for the whole course, or to book individual sessions.   Lama Alasdair has been a student of Lama Chime Rinpoche since 1974. In the same year he was ordained by HH the 16th Gyalwa Karmapa and later, on his advice, completed the three-year retreat under the guidance of Kalu Rinpoche at Kagyu Ling in Plaige, France. He was a monk for more than 12 years and spent many years living and teaching at Marpa House. Since 2000, Lama Alasdair has been the resident lama at Kagyu Benchen Ling in South Germany, the centre established by Rinpoche.

Tibetan Language Day Sunday 15 December – 10.30am and 2pm Anyone with some knowledge of Tibetan (who can read Tibetan and use a dictionary) is welcome to join in a day of reading and translating. Fee for the day: £10 (including lunch).

John Howard New Year Silent Retreat Friday 27 December to Thursday 2 January This retreat is now fully booked. Please be aware that the House will be in silence for the duration of the retreat and that staff will be participating as much as possible in it, so please contact the House only if necessary during this week. 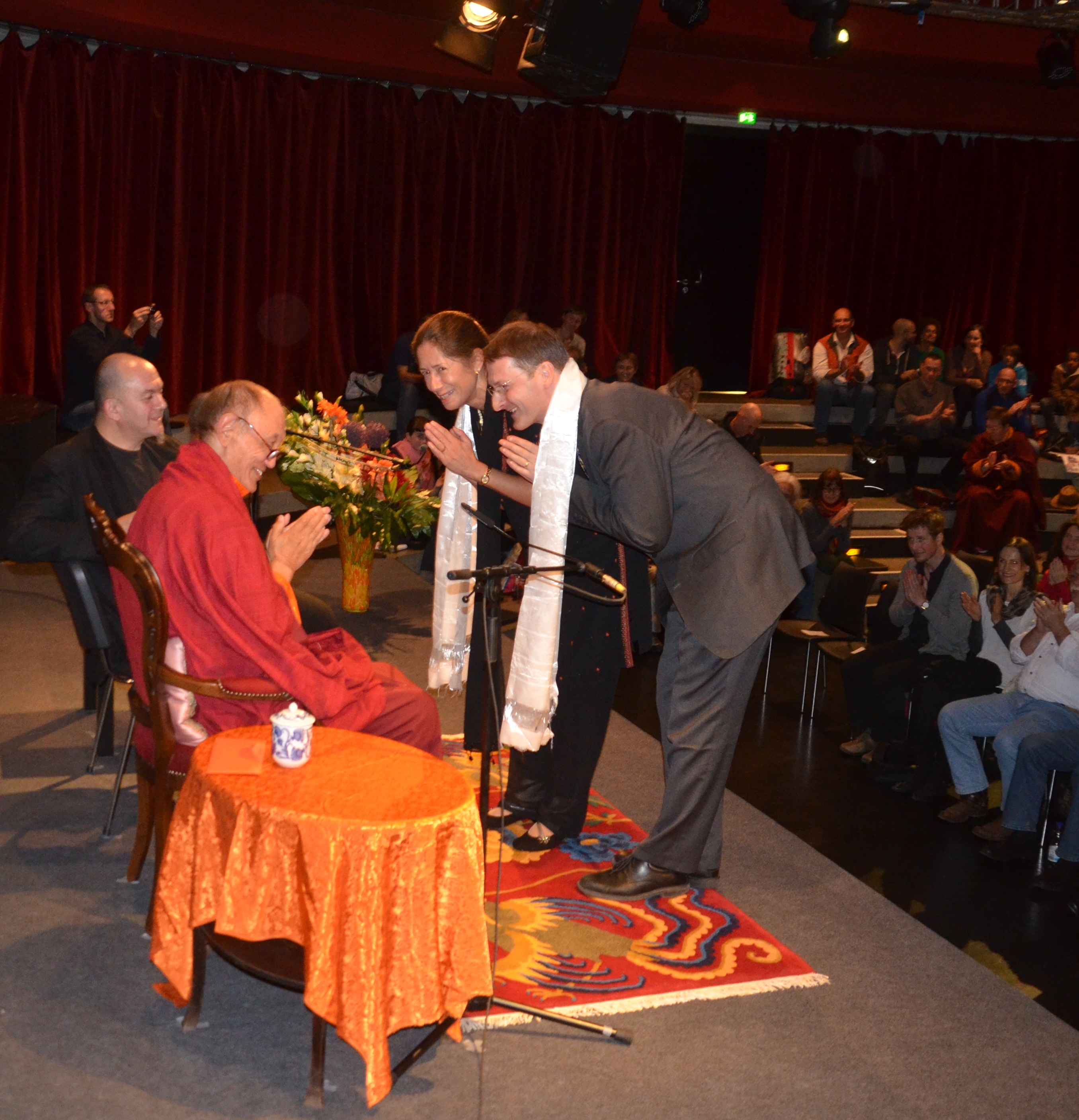 AUDIO OF RINPOCHE IN BERLIN

The course by Venerable Tenzin on Carrying the Dharma into Daily Life was a treat and an inspiration for all who attended. During each session Tenzin answered questions and gave practical advice based on his own experiences. An example gem of wisdom: Whether we like it or not we are all addicts. We are addicted to samsara and we are addicted to the concept of enlightenment . . .

We are looking for someone to join the Marpa House staff as cook, from early January. Is this your opportunity to come on staff?! Please contact a member of the House Committee or the Secretary if you would like to volunteer to be on staff in early 2014 for a short or long period.

Hooray! These are the trusty builders starting work on the new unisex bathrooms upstairs in Marpa House. They also helped to transform the bathrooms in the retreat area earlier in the year. The new bathrooms should be complete within the next couple of weeks – so thank you to everyone who generously contributed to the 40/40 fundraising campaign so far!
MAKING A DONATION It’s easy to donate to Marpa House and to help ensure that we can continue to upgrade Marpa House for the future. To donate to the 40/40 campaign, all you have to do is click this link: here.
Thank you for your ongoing support and interest in Marpa House!
with best wishes,
Marpa House Committee